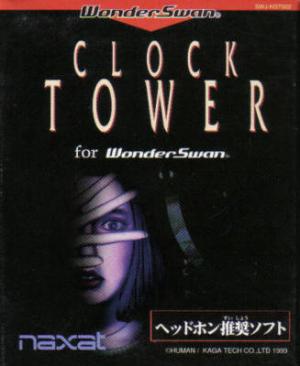 Jennifer Simpson is a child from the fictional Granite Orphanage in Romsdalen, Norway. She and her friends, who are also orphans (Laura, Ann and Lotte) are adopted in September 1995 (the same month the game was released) by a wealthy recluse named Mr. Barrows, who lives in a mansion known as the "Clock Tower", named after its predominant feature. The game immediately begins with these characters walking towards the Barrows mansion and settling in the main foyer. Mary, the woman who brought the children to the mansion, leaves to find Mr. Barrows, but she takes an unusually long time. Jennifer offers to investigate, but upon leaving the room, a scream is heard from the main foyer. Jennifer returns to find the lights are off and the girls are missing. After finding either Laura or Ann killed, she finds herself being stalked by a murderous little boy with deformed features, wielding a huge pair of scissors. The boy is Bobby Barrows, A.K.A The Scissorman, who will be Jennifer's main stalker and tormentor for the rest of the game.