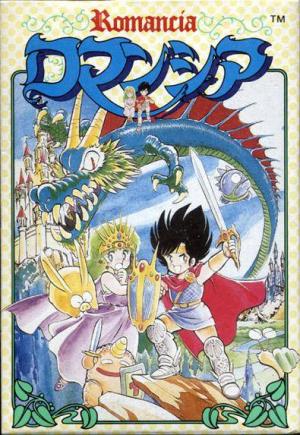 This game is also known as Dragon Slayer Jr., is an action-adventure game developed by Nihon Falcom in 1986 for the PC-8801, PC-9801, MSX, and Sharp X1 computers. A later Famicom version was developed by Compile and published by Tokyo Shoseki. An enhanced remake was released for Windows in 1999 by Unbalance. It is the third in the Dragon Slayer series, preceded by Xanadu and followed by Dragon Slayer IV. Romancia is a simpler and brightly colored game in comparison to the other Dragon Slayer titles, hence the name "Dragon Slayer Jr."