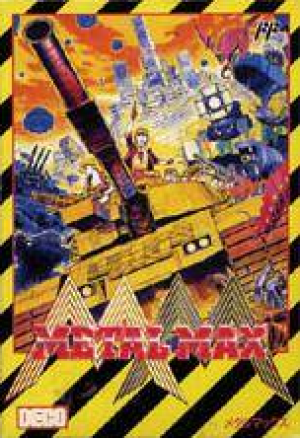 Metal Max (メタルマックス Metaru Makkusu?) is a 1991 vehicle combat role-playing video game developed by Crea-Tech and published by Data East for the Nintendo Famicom exclusively in Japan on May 24, 1991 and later re-released on the Wii Virtual Console on April 27, 2010. It is the first of the Metal Max series. Metal Max is set in a futuristic post-apocalyptic world, where the surviving humans cluster in underground villages and ruins while "monster hunters" fight the monsters and outlaws outside.