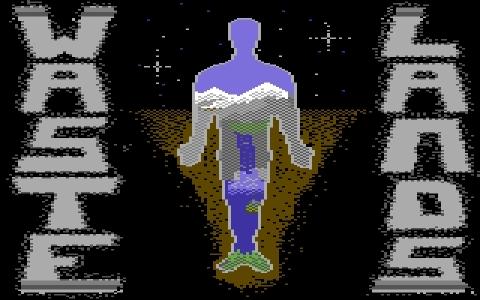 "Wastelands is a one on one fighting game similar to Way of the Exploding Fist or International Karate, but set in a futuristic setting and the fighters are equipped with laser swords. Press the directional buttons in combination with the fire button to perform jumps, front rolls, kicks or sword attacks. You score points for successfully hitting your opponent. A simple foot sweep is only worth half a point, but a jumped sword attack might be awarded with one and a half points. The fighter who first scores six points wins the round. Wastelands features a single-player tournament with an adjustable difficulty level and a two-player mode." --mobygames.com