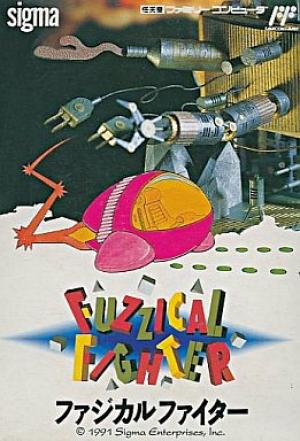 The Dimensional Stone, which is required to maintain balance in the world of starship pilot Mark was stolen. The king finds a hero to retrieve the stone; using the "Fuzzical Fighter" to transport the player's character into enemy territory. Towns are visited in-between stages to provide the player with weapons and artificats that are bought with the in-game gold currency. Players can choose to backtrack to either to previous stage while staying at the inn or to a stage that he has not yet explored. They also have access to three different kinds of healing spells: Riken (minor healing), Rikento (normal healing) and Rikentaru (major healing). Despite being a mechanical object and not a creature, the Fuzzical Fighter has magic points that can be replenished while in the towns. The Fuzzy Fighter itself resembles a spaceship with a mechanical tail at the end.