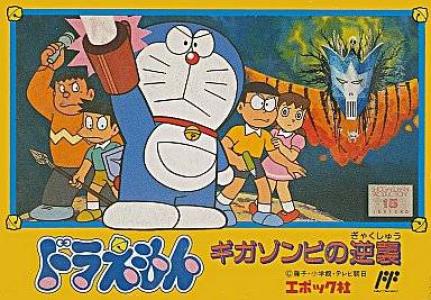 Doraemon: Giga Zombie no Gyakushū (ドラえもん ギガゾンビの逆襲 Doraemon Giga Zonbii no Gyakushū?, lit. Giga Zombie's Counter Attack) or known as Doraemon: The Revenge of Giga Zombie in English is a game released only in Japan by Epoch for the Famicom console in 1990. The second video game outing for the popular Japanese children's character is a Final Fantasy style role-playing game. The player takes the role of Doraemon the robot cat and leads him on an adventure through time to stop the evil Giga Zombie.