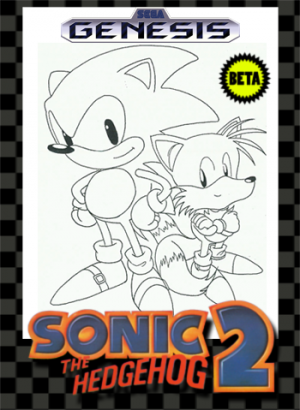 The Sonic The Hedgehog 2 Nick Arcade Prototype, released to the public on Nov. 7, 2006, is a prototype of Sonic the Hedgehog 2 for the Sega Mega Drive/Genesis, which features extremely unfinished zones. This cart, determined to be near exact to the one shown in two 1992 episodes of Nick Arcade, predates the more famous Simon Wai prototype. It was found and sold to drx in cartridge form for $1500 via a community effort. In this version, only one zone can be normally played: Emerald Hill Zone. The rest of the Zones can be played only through a Level Select code. The level select screen is completely identical to the Japanese version of Sonic 1, and even contains the original Green Hill Zone, which is somewhat unplayable because of strange physics (caused by differences in how collision data is handled between Sonic 1 and Sonic 2).