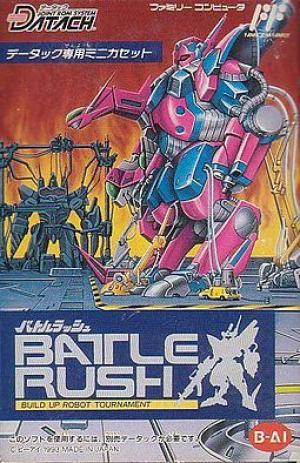 The player has to build his own combat robot to use in a fighting tournament. These robots are built in factories that assign the robot a name in addition to installing its head, body, shoulder, and feet. The player has a pre-game lobby to get ready for the robot combat action. All matches have rounds of 60 seconds (unlike the 99-second round of most modern fighting video games). Both robots have a separate gauge for energy and damage. Standard punches and kicks can be thrown in addition to special moves (which look like ammunition).