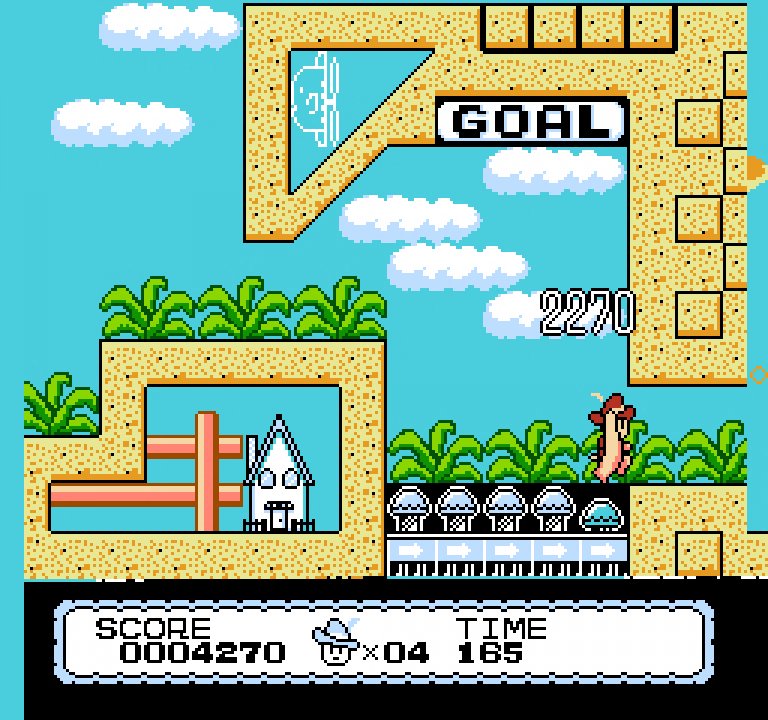 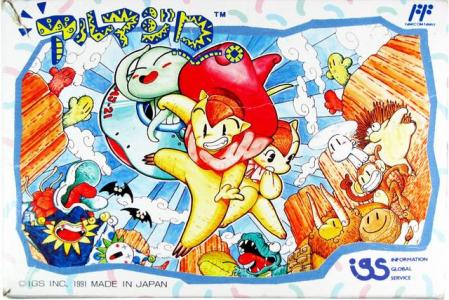 Armadillo (アルマジロ?) is the name of an NES/Family Computer platform video game, published by IGS in 1991. The player controls a yellow armadillo with a red hat named Billy the Shell. Before each level, the player gets to move around on a board game-type screen, reminiscent of Super Mario Bros. 3. There are a lot of small squares, and the player can move on them one at a time. There are also some larger squares with pictures on them, and if the player is on them, he/she can choose to begin an action stage, which has to be cleared before the player can pass it. There is also another character moving around on the board, and if the player is on the same space as him, they can choose to be sent into a boss battle, which has to be cleared to move onto the next world. 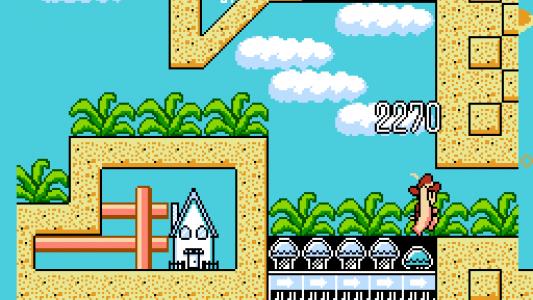