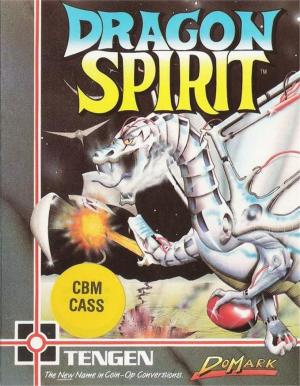 In the kingdom of Mitgult, an ugly serpent demon named Zawell escapes imprisonment after a thousand years, and kidnaps Princess Alicia. A soldier named Amul is chosen to rescue her and destroy Zawell. He points his sword skyward and transforms into a powerful blue dragon. He can breathe fire and drop bombs, as well as collect up to thirteen additional powers during his journey. Amul must fight nine of Zawell's mightiest beasts, one at the end of each stage, before facing Zawell himself.[