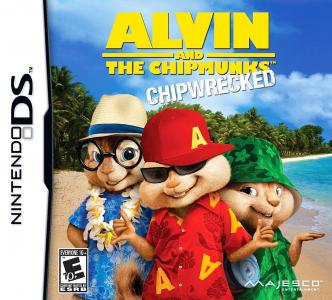 Alvin and the Chipmunks: Chipwrecked

Alvin and the Chipmunks: Chipwrecked is a video game based on the movie of the same name. It was released for the Wii, Nintendo DS, and Xbox 360 on November 15, 2011 in North America and on November 25, 2011 in Europe. Like the previous "Alvin & The Chipmunks" and "Squeakquel" video game adaptations, Ross Bagdasarian, Jr. and Janice Karman reprised their respective roles. The game play is similar to that of "Michael Jackson: The Experience" and "The Black Eyed Peas Experience" games. The player dances on beat with The Chipmunks (or The Chipettes) and earn stars if they performed very well (or "munk-tastic"). The earned stars can then be used to purchase hats, glasses, outfits, and bling for their Chipmunk or Chipette. In Co-Op mode, the player can dance with a partner taking turns dancing on beat with their chosen Munk.