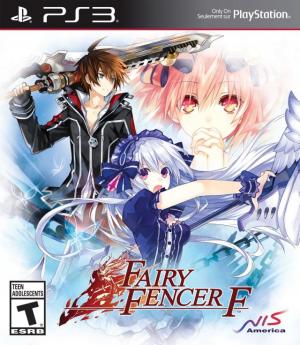 Fairy Fencer F is a Role-Playing game, developed and published by Compile Heart, which was released in Japan in 2013. A long time ago there was a conflict between a goddess and an evil god. The two deities didn’t fight directly, but created a large number of special weapons for others to use. Eventually, these powers sealed each other and the power vanished from the world. Fast forward to modern times where these leftover weapons are called "Furies" and warriors that wield them are "Fencers." Fury weapons are said to be incredibly powerful, so Fencers constantly scramble to acquire them. By a strange coincidence, two fencers, Fang and Tiara, get caught up in the struggle between the goddess and evil god