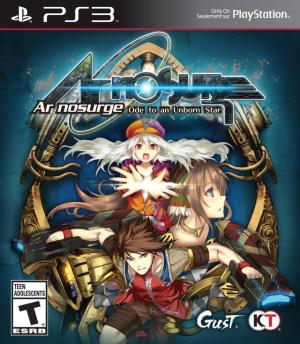 Part of the Surge Concerto franchise, Ar Nosurge is an RPG that serves as a prequel to the Ar Tonelico game series. Series director Akira Tsuchiya continues his opus with a deep and robust world. A world where songs are magic, and emotions are strong enough to form bonds. Ar nosurge: Ode to an Unborn Star is a story of love, emotional bonds and the frailty of existence. Ar Nosurge is a sci-fi, ‘7 Dimension’ RPG, that takes place in a world where music and song can create magic. It tells the compelling story of a civilization that lost their planet and has been roaming the edge of space for 2000 years in search of a new home. The game follows two sets of characters: Delta and Casty, whose goal is to protect humanity and save the world, and Ion & Earthes, who are trying to find Ion a way home to Earth. The player can interchange between both pairs and soon discover a way to combine their storylines and strengths to eventually solve the mystery that shrouds their ongoing struggle.