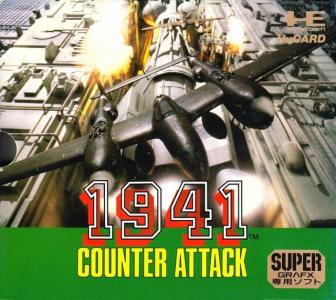 The goal is to shoot down enemy airplanes and collect weapon power-ups (POW). The game uses a vitality system instead of life system in which if the player is hit, it loses one point of vitality and the player is destroyed if hit with 0 vitality then the player is given the option to continue. Lightning attacks can be used by pressing the B button which sacrifices a portion of life energy. One is only able to perform three loops per level and a bonus is awarded at the end of the level for unused loops. Player 1 uses a P-38 Lightning and Player 2 uses a new plane: Mosquito Mk IV. The game shifts from the original Pacific Front setting with that of the Western Front, in the north Atlantic Ocean. The game consists of six levels: North Atlantic Ocean Sky, European Sea Port, V3 Rocket Site, Brandenburg Gate, Open Plains and The Enemy Base. There are 6 bosses:Leviathan, German battleship Bismarck, V3 Rocket, Krote, Super Leviathan and Gotha (Horten Ho 229). Also, there are common enemies like: Ju 87 Stuka, Bf 110, Me 262 Schwalbe, Focke-Achgelis Fa 223, Sdkfz 251, Flak 88, Tiger I and U-boat.