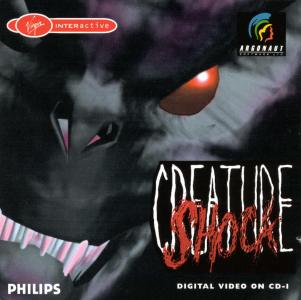 In 2123, the UNS Amazon is sent as part of an exploration fleet to various planets to determine new viable locations for settlement as the Earth is destroyed by human activity. En route to Saturn, the Amazon is ensnared by a massive alien being resembling a large asteroid. The protagonist, Commander Jason Barr, is sent to investigate the incident. He encounters heavy resistance on his way to Saturn, and after fighting through multitudes of alien ships, encounters the UNS Amazon almost completely absorbed by the organic asteroid. As he explores it, he comes into contact with what appears to be Captain Sumoki of the Amazon. However, she morphs into a demonic looking alien and attacks. Upon defeat, it reverts to the appearance of the Captain and Barr takes it back to the Moon base. The being is examined and determined to be an alien clone. Upon interrogation, it reveals an alien listening base located on Tethys. Barr heads to Tethys to find the base and destroy its communication uplink. Upon his arrival he encounters a probe which proceeds to scan his ship before heading back to the base. Barr chases it through the valleys, where he locates the base. He manages to complete his mission and escape the base before it's destroyed. His ship, however, gets caught in the data beam and he is pulled up through it. Regaining consciousness, he pilots the ship through several pieces of debris and destroys an awaiting alien ship. His ship is badly damaged in the process and crashes into the alien mothership. With no means of escape, he searches the ship and engages the leader in battle, finally defeating him on the bridge. He then accidentally activates the ship terraforming ability, changing its coordinates from Earth to Mars. With this Mars is transformed into a second Earth, providing humanity a new home.