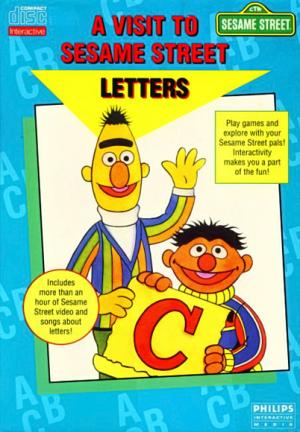 A Visit to Sesame Street: Letters

The main menu of the game is a scrolling two-dimensional computer animation of Sesame Street hosted by Telly Monster. He follows the player as they choose what doors to go into for different games. Locations include Big Bird's nest, Snuffy's cave (which is depicted here as located behind the courtyard), and Ernie and Bert's apartment. As with its companion Numbers, this game features posthumous voice-over work by Jim Henson as Ernie and Kermit the Frog. A special thanks message to Henson is seen at the end credits.