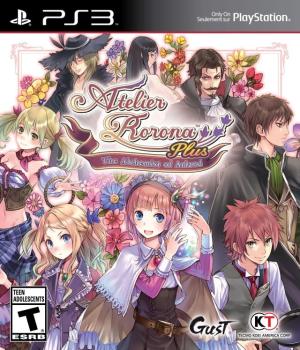 Atelier Rorona Plus: The Alchemist of Arland

The game opens with a brief introduction to the city of Arland-- a city that is slowly being industrialized, but also a city that uses technology possessed by an ancient civilization. We are then introduced to the main character, Rorolina Frixell (Rorona, for short), who is forced to work for a master alchemist (Astrid Zexis) to pay off a debt her parents owe. One day, Sterkenburg Cranach (Sterk, for short), a knight of Arland, comes to the alchemy workshop and informs Rorona that the shop will be shut down, unless she is able to prove that it can function in the city's economy. Over the next three years, she must pass 12 examinations to assess the ability of the workshop to do this.