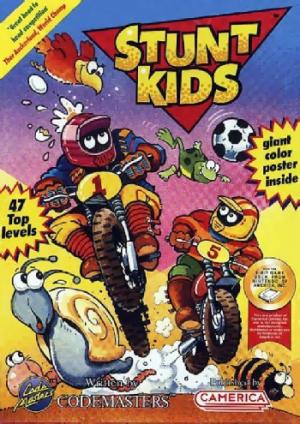 Stunt Kids is an unlicensed head-to-head dirt bike racing game featuring a pair of helmeted, yet clearly wide-eyed children. Two human players can compete head to head, or a computer can control the second player, as the kids race dirt bikes through increasingly difficult obstacle courses whilst collecting power-ups. The dirt bikes can jump and lean and the player needs to take advantage of the bike's abilities in order to avoid being thrown clear.