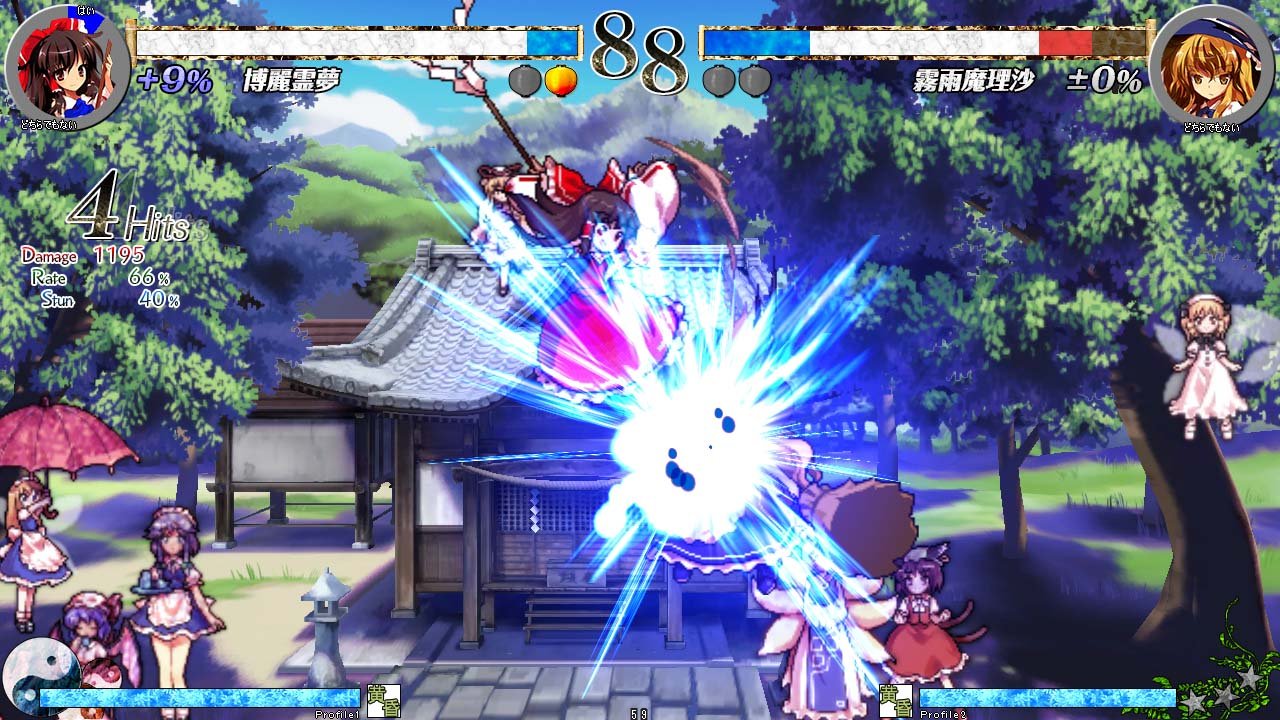 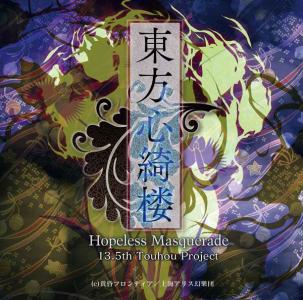 Hopeless Masquerade is a one-on-one aerial fighter with no ground combat. The game takes place somewhere between Ten Desires and Double Dealing Character. Characters fight one another by using standard attacks (melee and special attacks), skills, and spell cards. Each character features a unique fighting style. Spell cards, skill cards, and items are "declared" by inputting a particular button combination. Story In the wake of so many incidents beyond their control, the Human Village has fallen into a state of hopeless pessimism. Believing that religion can restore order, some of Gensokyo's most prominent adherents of Buddhism, Taoism and Shinto all want to take this chance to expand their particular faith's influence. 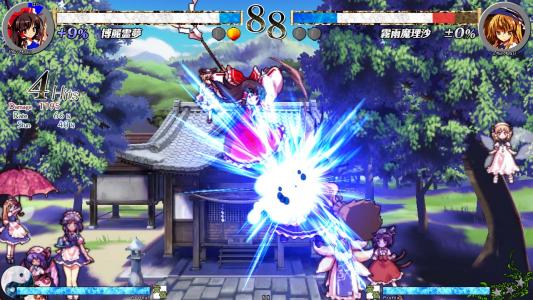