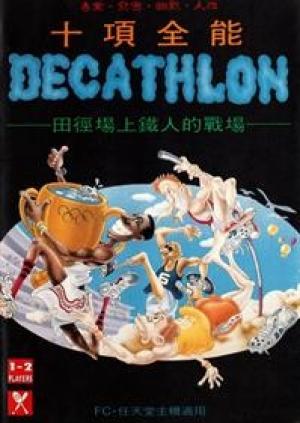 Decathlon is a decathlon-themed sports game developed by C&E for the Nintendo Entertainment System, and published in 1992. The game offers two modes of play: "Single Game" and "Full Game". In Single Game mode, the player competes in one single event; in a Full Game, the player competes in all decathlon events in a preset sequence: 100 meters, long jump, shot put, high jump, 400 meters, 110 meters hurdles, discus throw, pole vault, javelin throw, and 1500 meters. The game awards points based on player performance. In a full game, the player with the high score is the winner. After choosing a mode of play, the player chooses a player character from a list of representatives from eight countries. 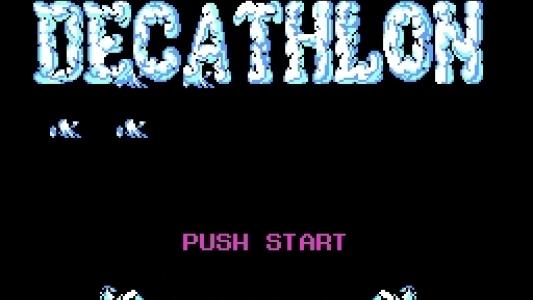