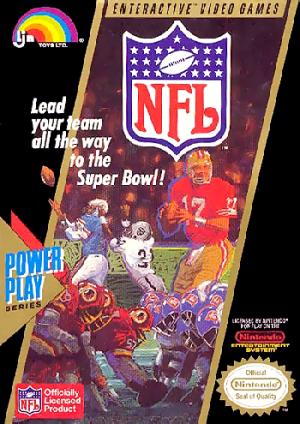 It's very simple... the NFL is football and this is the only officially licensed NFL game for the NES... the closest thing to "real" professional football that you can play without a helmet and shoulder pads. You can select any of the American and National Conference teams, and if you're good enough, you can take them all the way to the Super Bowl! Team rosters are broken down into positions and individually rated according to skills, with position upgrade packages, player ability handicapping, actual NFL Offensive and Defensive Playbook alignments with audibles and even variable wind direction and strength. You not only coach from the sidelines, you also control all the movements of the players on the field. Run, pass, catch, kick, punt, jump, tackle, block and dive... Refs even call penalties. No matter what kind of fan you are, whether you know the rulebook inside-out or just watch an occasional game on TV... this is the one football game you've got to have!