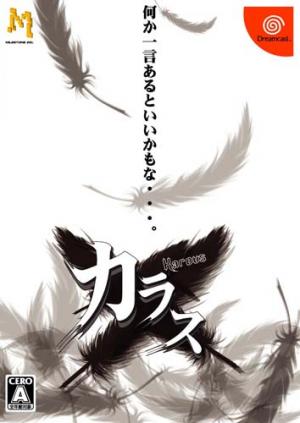 Karous (カラス) is a vertically scrolling shoot-'em-up developed and published by Milestone Inc.. It was originally released on November 15, 2006 for the Sega NAOMI GD-ROM arcade platform, and was ported to the Sega Dreamcast. Upon its Japan-only launch on March 8, 2007, Karous became the last game to be officially released on the Dreamcast. The game bears stylistic similarities to Milestone's previous Dreamcast release Radirgy, as they both use cel-shaded graphics and are of the same genre.