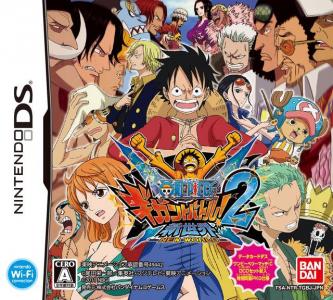 One Piece: Gigant Battle! 2 New World is a Nintendo DS game published by Bandai and developed by Ganbarion. It is the sequel to One Piece: Gigant Battle. It focuses on the Post-War Arc and Fishman Island Arc, but contains content from previous arcs as well. The game was released on November 17, 2011. It has 45 playable characters and 97 support characters.