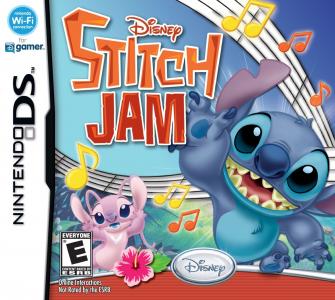 Disney Stitch Jam will introduce players to the latest adventures set in the popular world of Stitch, a classic character from the Walt Disney Pictures’ 2002 film “Lilo & Stitch.” Stitch must embark on rhythm-based missions that take place in stunning locations, from tropical beaches to outer space, and defeat Dr. Hamsterviel in an epic galactic showdown to save his kidnapped girlfriend, Angel. Disney Stitch Jam is also equipped with two-player co-operative play via download, where players can share the game with friends and play as Stitch and Angel.