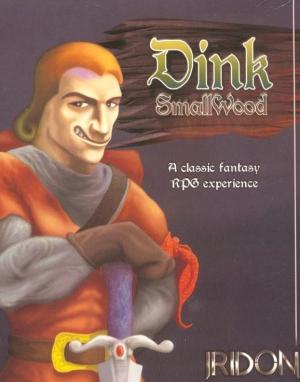 Dink Smallwood is a humorous role-playing video game. It was first released in 1998 before being released as freeware on October 17, 1999. It was developed by Robinson Technologies, at the time consisting of Seth Robinson, Justin Martin, and Greg Smith. Mitch Brink composed several of the game's music tracks. The game has a small but constant fan following that continues to develop add-ons for the game more than a decade after its release. --- http://en.wikipedia.org/wiki/Dink_Smallwood