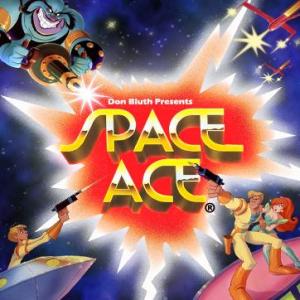 Play as the heroic Ace and stop the evil Commander Borf from taking over the Earth. Borf plans to reduce all of humankind to infants and take over the planet. Only two people have the courage and strength to stop Borf and save Earth: the beautiful Kimberly and the heroic Ace. But as they approach Borf's stronghold, Ace is changed into a child by the Infanto Ray and Kimberly is kidnapped by the evil madman. Space Ace is a fully animated arcade classic from legendary animator Don Bluth. You'll make your way through bizarre new worlds by using your Nintendo DSi system to move and fire your laser gun. Beware of your foes, as they are numerous. The fate of Earth is in your hands.