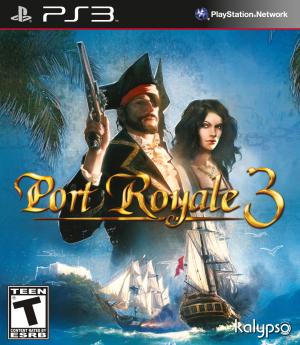 Port Royale 3: Pirates & Merchants is the third installment to the business simulation game Port Royale: Gold, Power and Pirates and Port Royale 2. It is set in the Caribbean during the 16th and 17th centuries. Created by Kalypso Media which founded Gaming Minds Studios in 2009 after Ascaron Entertainment went bankrupt, it combines a business simulator with real-time battles and towns that can be owned, built, developed or razed. This is the 1st installment of the Port Royale Series done by Gaming Minds Studios. The first preview of Port Royale 3 took place during the Gamescom trade fair which was held from 17 to 21 August 2011 in Cologne, Germany.