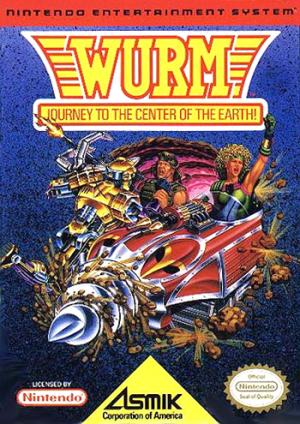 Wurm: Journey to the Center of the Earth

Wurm: Journey to the Center of the Earth is a game featuring multiple sequences. The player controls the VZR vehicle, and occasionally Captain Moby when she ventures out on foot in vertically and horizontally scrolling sequences as well as a first person battle against enemy monsters. Players progress through 5 levels, in which the VZR-5 investigates the fate of the other VZRs. After the completion of each level, the player gains a crystal, which will unlock additional weapons for the VZR, mentioned below.