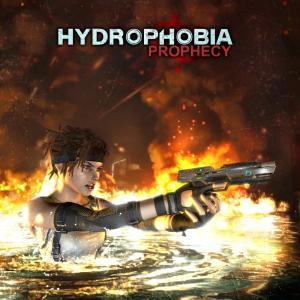 Hydrophobia: Prophecy is the ultimate version of this jaw-dropping action-adventure set onboard a floating city, where terrorists take control and heroine Kate has to fight back using all her skills and expertise as a systems engineer. Features: -Fast-paced action and breathtaking visuals; engage mind blowing "flow combat" unique floating cover where emergent gameplay results in a never-the-same-experience. -Unleash floating oil fires, electricity and the power of the water to wipe out your enemy as you discover the terrifying truth of the Malthusian prophecy. -Campaign includes puzzles, platforming and combat with Hydro-kinetic powers to ultimately control the water and culminates in a unique stand off battle where the player has to unleash the awesome power of tempest against her Malthusian nemesis. -Over 200 collectables, 12 achievements and as an added bonus, players can unlock an epic Challenge Room. - Fully supports PlayStation Move motion controller.