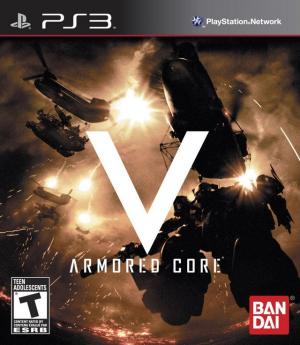 Armored Core V (アーマード・コアV / ARMORED CORE V Aamaado Koa Faibu?) is a 3D mecha-based video game for PlayStation 3 and Xbox 360. It is the 14th installment and 5th main installment of From Software's Armored Core series. Armored Core V is a return to the more traditional style of gameplay found in the original series of games. It is an indirect sequel to Armored Core 4 and Armored Core: For Answer.