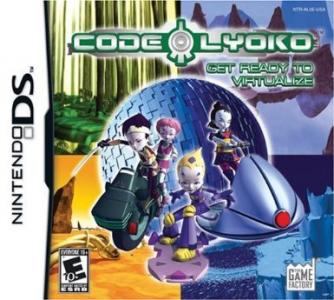 Also know as: Code Lyoko: Get Ready to Virtualize

An adventure/RPG based on the 3D animated action-adventure television series, Code Lyoko is about a group of students who uncover a parallel universe called Lyoko inside a super-computer that is threatened by a virus that could destroy the universe. Four ordinary students -- Jeremy, Odd, Ulrich and Yumi -- must help a virtual humanoid creature named "Aelita" to stop rogue computer XANA's latest attack on their real world.