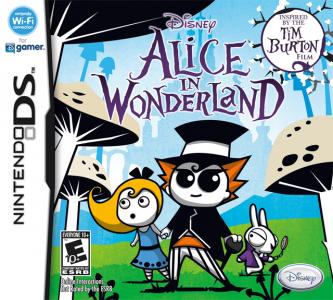 Based on the movie of the same name, Alice in Wonderland is an action adventure video game that puts players in Alice's shoes. The Nintendo DS version will introduce a new twist as players guide Alice alongside her diverse and enduring friends to combat the legions of the Red Queen's Army. Creating their own path through Underland using an oracle, players lead, protect and help Alice on her quest. The DS version features an innovative art style unique to the platform, a playable character not seen on the home console version, and unique character abilities similar to those of the Wii and PC versions. DSi players will use the system's camera to detect colours mapped to unlockable content when tasks are completed.