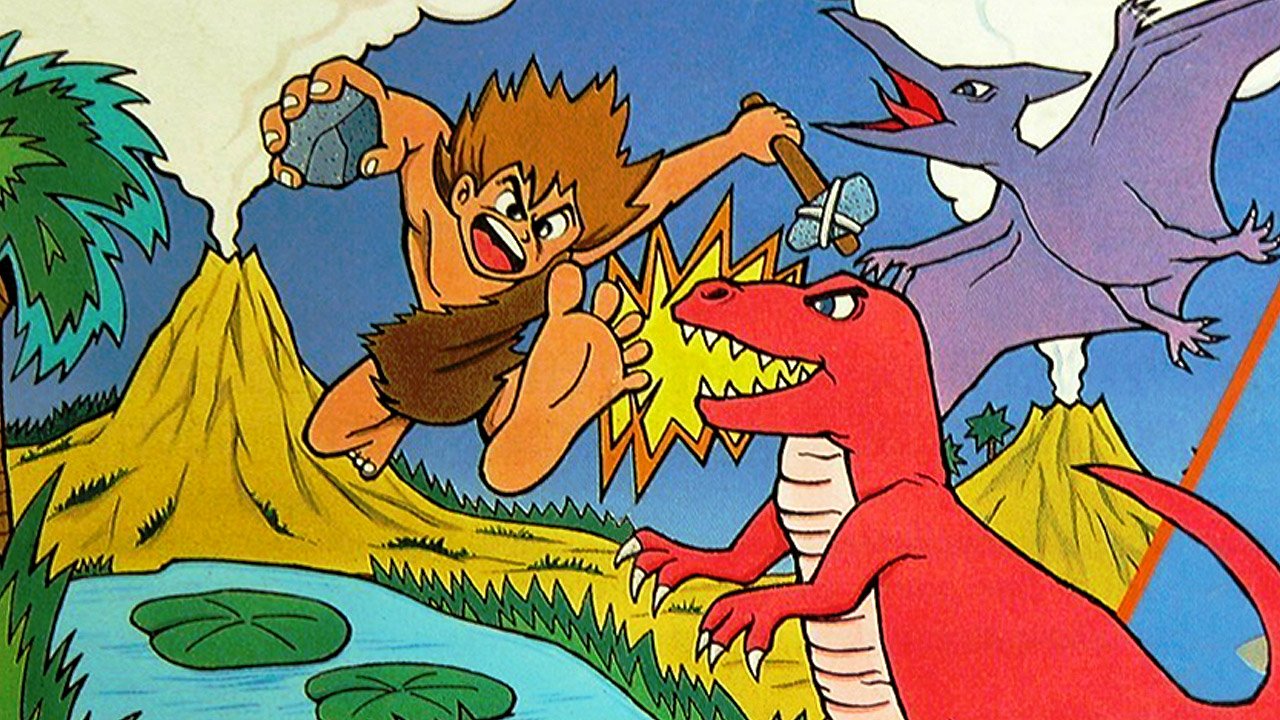 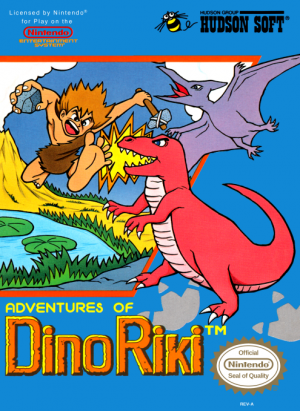 Somewhere in the land of dinosaurs, a hero known as Dino-Riki sets out to battle against the beasts of the ancient times and prove man's right to survival amongst evolution. You control Dino-Riki from a top-down perspective as the screen scrolls towards the top. Dino Riki must shoot the enemies in his way as well as leap over pits and avoid obstacles. His chances improve when he obtains weapon power-ups such as fireballs or boomerangs. Angel Wings also help and let Dino Riki fly above the ground. At the end of each level, Dino-Riki faces off against a boss creature. 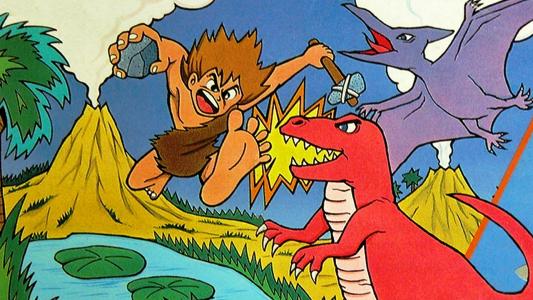 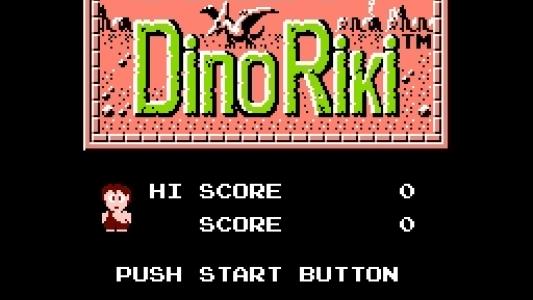 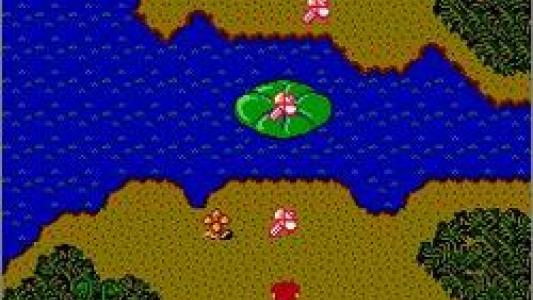