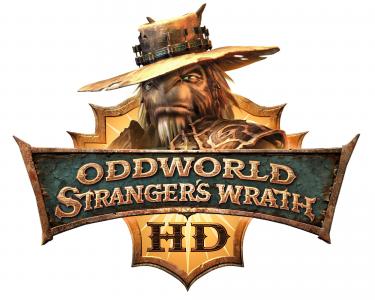 The premise of Oddworld: Stranger's Wrath is that the bounty hunter Stranger must earn moolah (in-game money) by tracking down outlaws with bounties on their heads and apprehending them, bringing them in dead or alive. The game utilizes both third and first-person perspectives. In third person, the player controls Stranger when travelling long distance, platform jumping, rope climbing and melee combat while first person is like that of first person shooter games where ranged weapons are used. Enemies can be approached head on like a straight up action game or stealthily by hiding in long grass out of enemy sight (as indicated via mini map) and luring foes away from or toward the player.[9] Once enemies are encountered, they can be killed or knocked down/stunned temporarily; in this state they can be captured, thus earning more moolah than if they had been captured dead.[10] Upon an attempted capture, Stranger is unable to perform other actions and thus is vulnerable. The player has two status bars, health and stamina. When damage is taken, the health bar drops; if it fully depletes, it will result in the death of Stranger. Stamina drops when the player performs actions like melee attacks or falls from a great height. While it refills itself over time, it can be used to shake off health-bar damage, thus healing the player, but draining the stamina quicker.[9] One of the game's main features is Stranger's crossbow that is used in a first person perspective that uses live ammunition in the form of using small fictional versions of real creatures as projectiles for differing effects. Live ammunition can be bought from the game's vendors or found scattered throughout the game world. When acquired, two different kinds of ammo can be assigned to the crossbow at any given time for two kinds of firing attack.[3] There are nine critters in total that can be used as ammo, such as Stunkz for stunning large groups of enemies, Thudslugs that work as cannonballs, Boombats that work as rockets, and Bees that are fired at foes like an automatic rifle.[3] The game incorporates many role-playing elements in the form of earning moolah with each bounty fulfilled allowing it to be spent on upgrades such as crossbow, ammunition, storage and armour upgrades and other items such as binoculars and knuckle dusters.[11]