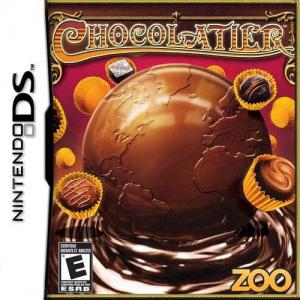 Chocolatier is a casual strategy video game with action game elements, developed by Big Splash Games and published by PlayFirst. The game was released as a download on May 1, 2007 and was followed by CD-ROM release on September 27, 2007. Players assume the role of a young Chocolatier, who must navigate 14 cities around the globe while buying ingredients, manufacturing chocolates, and selling them to chocolate shops. Two modes of play are available: in story mode the player must rebuild an almost bankrupt chocolate empire and acquire 64 chocolate recipes from around the world; in free mode players start out with scant resources and must become successful chocolatiers. Chocolatier was the first game developed by Big Splash Games, a trio of experienced video game designers, who remained employees whilst developing a prototype game in their spare time. This prototype was rejected by publishers, but after coming up with the premise of Chocolatier the team was signed-up by PlayFirst and completed the title. The game received a mostly positive reception: reviewers enjoyed the action mini-game which is played when chocolates are manufactured, and the game's graphics, sound, and Victorian-era presentation.