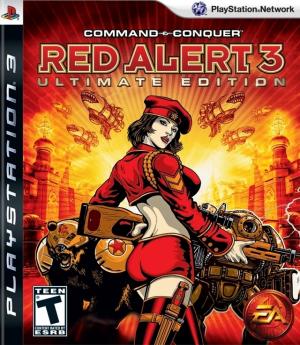 The beloved Command & Conquer Franchise makes its debut on the PLAYSTATION®3 in the Red Alert™ 3: Ultimate Edition! Go back in time and battle alongside your friends and Hollywood stars in an action-packed, over-the-top world in the first-ever full RTS with co-op campaign. Includes over one hour of HD footage starring the biggest live-action cast ever in a video game. Now enhanced for the PS3™ with bonus footage and exclusive content not found anywhere else!