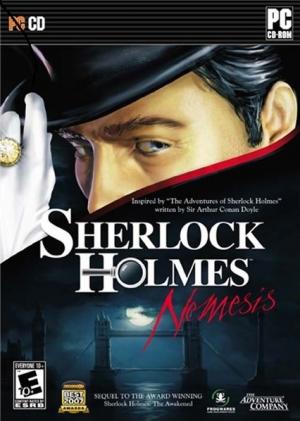 Sherlock Holmes versus Arsène Lupin is an adventure played from a first person perspective. The player character for majority of the game is Holmes, though some sections feature Watson and one features Inspector Lestrade. Most of the areas in which the game takes place are based on famous London landmarks, including the National Gallery and British Museum, the former of which features scanned copies of dozens of famous paintings, as well as numerous historical artifacts. Solving the mysteries of the game involve examining locations and discovering clues.