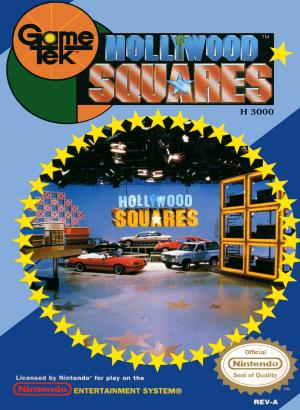 Hollywood Squares is a NES puzzle game based on the television game show of the same name. Players have to either agree or disagree with fictitious celebrities to earn squares and make tic-tac-toe. Much like the TV series, winning one of the first two games is worth $500, the third game is worth $1,000 and the second game is always the "Secret Square" game. The winner then goes on to the bonus round, where they have to choose one of five keys and insert it into the proper car among the five offered. This version was based on the 1980's version hosted by John Davidson