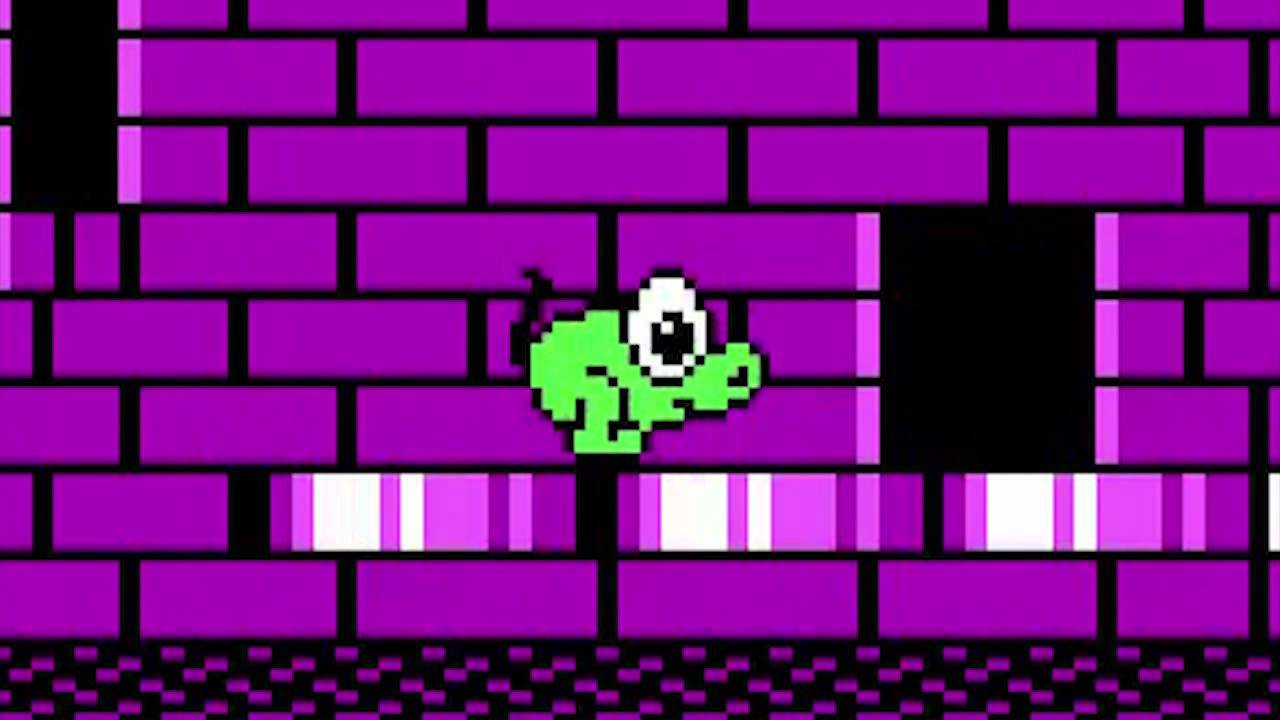 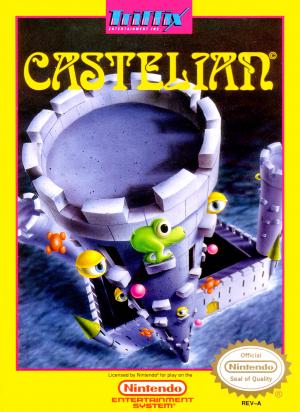 Castelian is a platform game with some distinctive unique features. The player character, a small green creature called Pogo, is on a mission to destroy eight towers that have been built onto the sea by planting bombs at the towers' peaks. Pogo's progress is hindered by enemies and obstacles which he has to avoid in order to reach the top of the tower. The actual game play happens at each tower in turn. Pogo starts from the bottom and has to find his way up to the top. The towers are cylinder-shaped and have ledges on their outside, either horizontal, forming stairs or connected by elevators. Because of the cylindrical shape, the towers have no "left" or "right" edges, instead allowing Pogo to walk all around the tower. 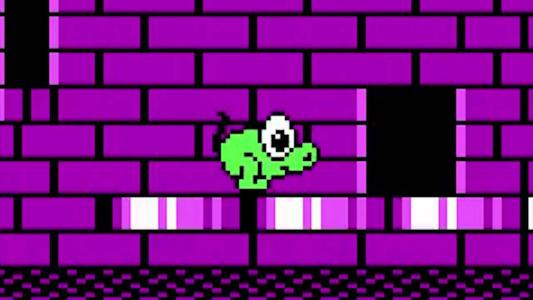 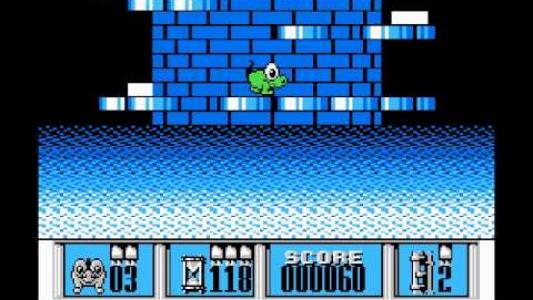