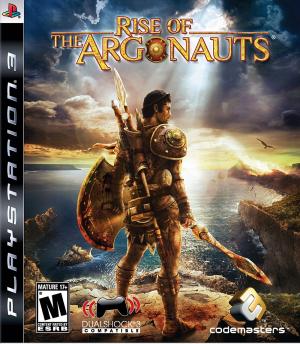 Rise of the Argonauts

In Rise of the Argonauts, the player assumes the role of the protagonist, Jason, a Greek king. Jason's bride, Alceme, is assassinated and Jason avenges her by killing the assassin. He seals her body in the temple where they were supposed to marry, which becomes her mausoleum. After that, Jason discovers the only way to bring back his wife is to obtain the Golden Fleece, which can restore the dead. Traveling to Delphi, Jason learns from the Oracle that the only way to tread the road to the Fleece is to find three descendants of three of his patron gods: Hermes, Ares and Athena. The descendant of Hermes is found on Saria, Athena's on Kythra, whereas Ares' is located at Mycenae. After convincing all of them to join him, Jason travels to Delphi again and learns that the Fleece is in Tartarus, the Hell of the Greek Underworld. After obtaining it, Jason sails home to revive Alceme. He confronts Pelias, his traitorous uncle. During the course of the game, Jason will face Blacktongues, who are behind Alceme's assassination, Ionians mercenaries, mythical beasts and other characters, but he won't be alone.