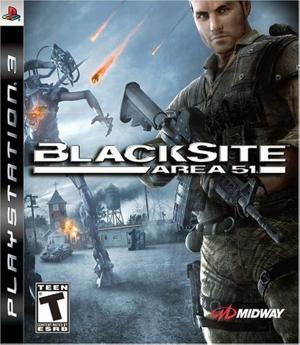 Following on the heels of the arcade and console shooter sensations, BlackSite: Area 51 is an action packed, first person shooter experience which pits gamers against alien enemy forces using the infamous U.S. government landmark, Area 51, and the surrounding areas as the battlefield backdrop. Set in present day, players take the role of a decorated military veteran charged by the government to lead a squadron of "secret soldiers," each with his/her own specialty skill set, into the Rachel, Nevada area to fight off the invasion of unidentified enemy races. The player's modern-day emotions and fears are driven into a world charged with grave responsibility affecting lives hanging in the balance and eventually finding himself torn between his professional orders and his own ethical standards. In the end, only the actions of the player and his squad can shape the outcome of BlackSite: Area 51 during this potentially pivotal moment in history.