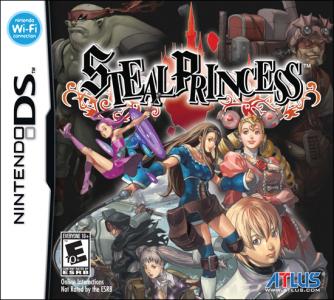 While exploring the thought-to-be-long-abandoned palace of the Ancient Demon King, the young thief Anise stumbles upon a startling discovery: the palace isn't abandoned at all, and it's crawling with demons, no less! Equally startling is the deadly booby trap she triggers in the process of opening a locked door. She barely outruns the giant boulder bearing down on her, escaping the palace only to fall into a surging river, unconscious. The fairy Kukri, imprisoned for centuries in the chamber Anise inadvertently unlocked, rescues her and takes her to the Castle of Albyon. Anise awakens in the presence of the King, whose son is being held by demons in the very palace Anise narrowly escaped from. Recent events have unshakably convinced the King that this thief is descended from the Legendary Hero of Albyon, he who slew the Ancient Demon King centuries ago, and so he commands her thusly: free the Prince from the vile demons... or be tried and convicted as a thief and locked away for life.