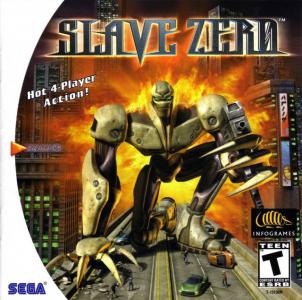 lave Zero is a Sega Dreamcast game by Infogrames. It involves giant robots. The Dreamcast Slave Zero is converted from an earlier PC version, which at the time was well received by the gaming press, however it makes many compromises for the Dreamcast hardware which results in a noticably inferior game. Graphical fidelity and frame rates take a hit, and the Dreamcast controller's analogue stick is far less accurate than the mouse controls the game was designed for.