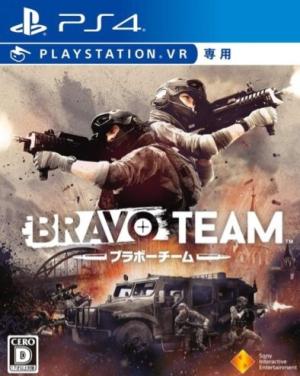 Bravo Team is a modern-day, first-person cover shooter made exclusively for PlayStation VR. It has been developed by Supermassive Games, creators of Until Dawn and Until Dawn: Rush of Blood. Developed with PSVR Aim Controller in mind, Bravo Team drops the player into a fictional modern day Eastern European city. When an escort mission goes wrong and results in the President's assassination, a country threatens to tear itself apart and you along with it. Teamwork is at the core of the game. Bravo Team has been developed to allow both single player and online two player co-op. The player and a teammate must use everything at your disposal to survive.