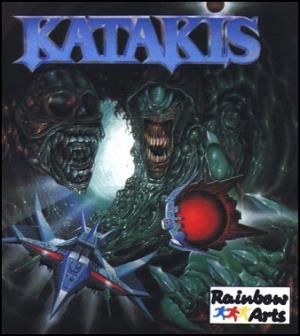 Throughout time, man has been a victim of his own intelligence and his insatiable thirst for knowledge. The Planet Katakis is a horrifying example. Scientists created Machines which became so sophisticated that they longer depended on man - So began a rule of tyranny. The Denarian people tried in vain to destroy the Machines with a mighty ballistic missile, but from the ashes of the nuclear fires the Machines rose up more powerful than ever. Trapped in an underground stronghold, now the Katakisans only hope for freedom is the KS-H75 Eagle Fighter, an ultra refined space glider. Control the Eagle Fighter in this epic crusade against evil... and win freedom at last for Katakis.