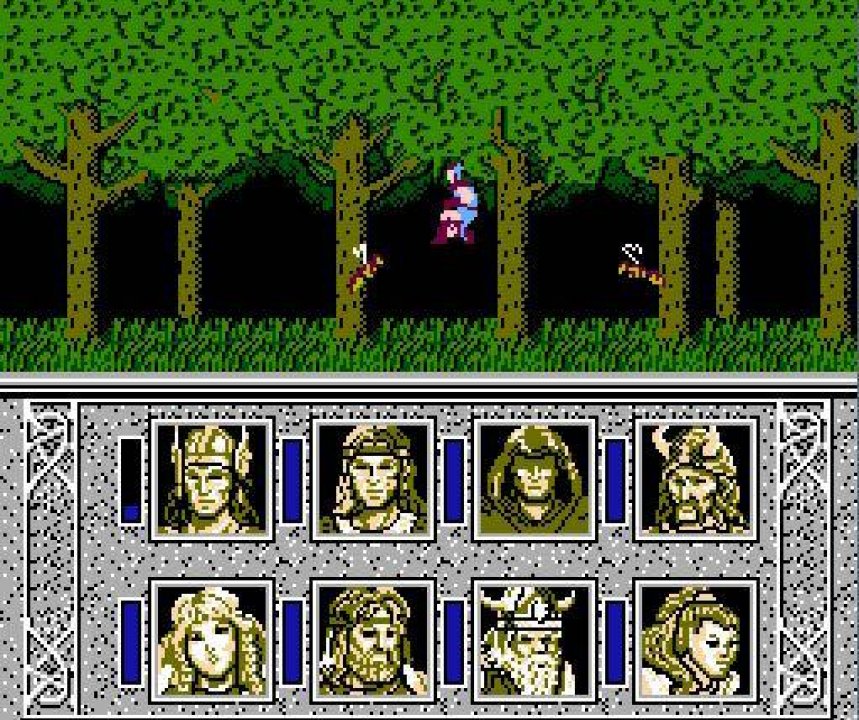 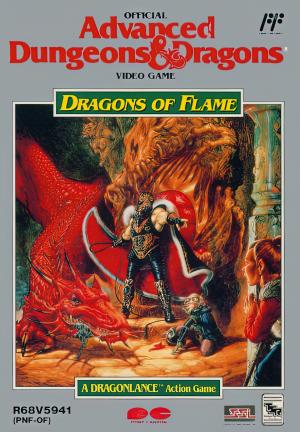 Advanced Dungeons & Dragons: Dragons of Flame is a role-playing game and the sequel to Advanced Dungeons & Dragons: Heroes of the Lance, developed by Atelier Double and published by Pony Canyon. Its release for the Famicom in 1992 was exclusive to Japan. The dragonmen have taken Solace. Its beautiful tree houses lie black and battered amid the stumps of great vallenwood trees. Kapak Draconians, armed with poisoned weapons, enforce a crutal martial law on the survivors. And Solace is only one outpost: the dragonarmies control the plains. Only the elven kingdom of Qualinesti stands unconquered. The rest of the plainsmen suffer the most: a long slave caravan hauls hundreds of them to the fortress prison of Pax Tharkas. 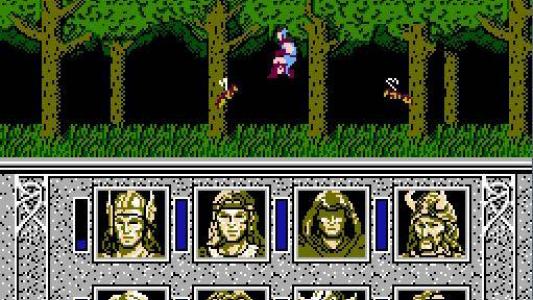