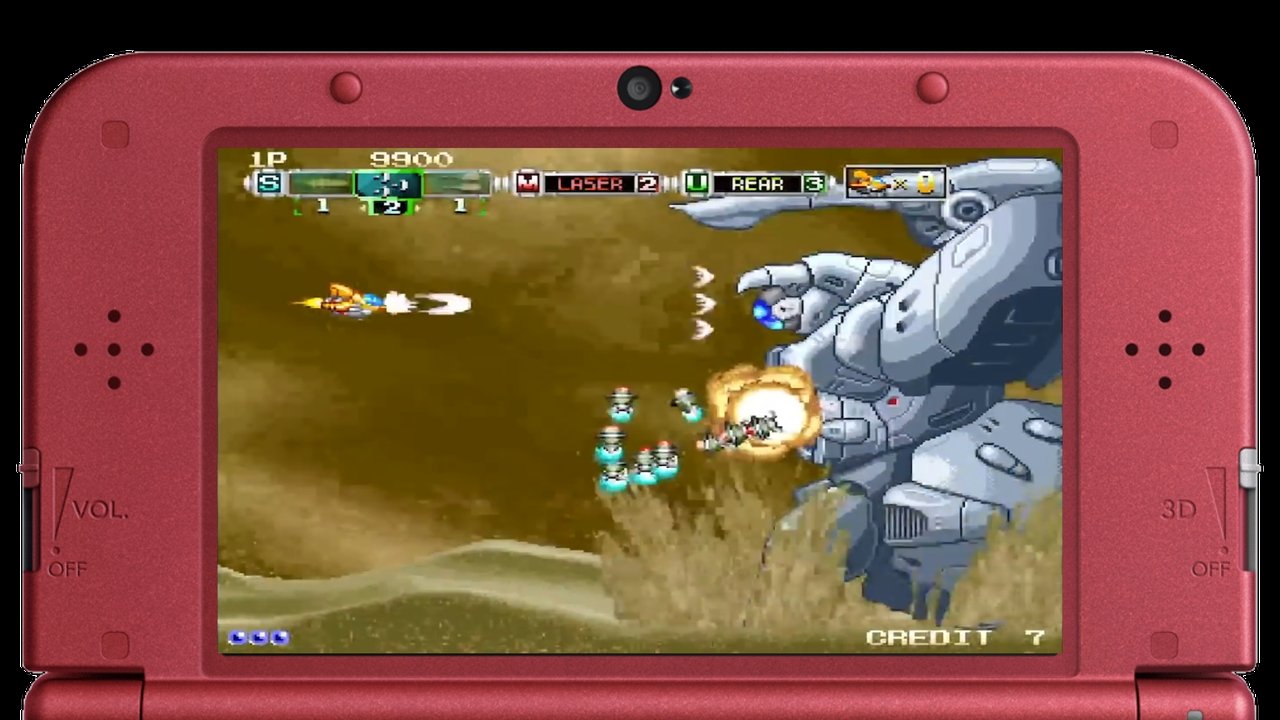 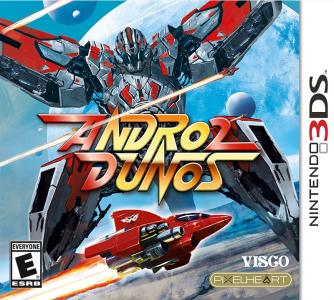 Andro Dunos (アンドロデュノス, in japanese) is a side scrolling arcade game from shoot’em up category (Shmup). It was originally released in 1992 by SNK. In Andro Dunos 2, players take control of the Yellow Cherry once more, sent to end the long war with the aliens once and for all. The ship has four distinct weapons that can be improved by collecting bonuses as you progress through the different levels. 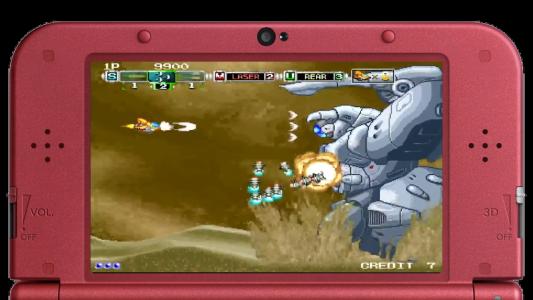 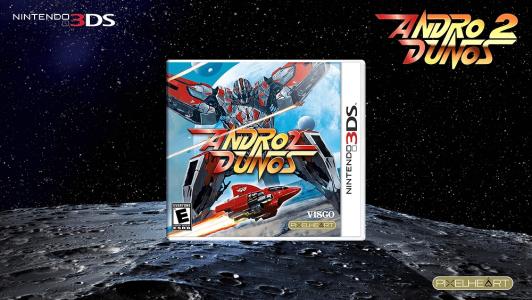