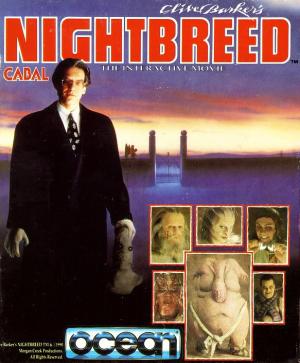 This is a mixture of action and adventure in a game based off of Clive Barker's movie "Nightbreed" (which is based of Barker's novella Cabal). You play Aaron Boone, the main character from both the book and the movie. Boone is attempting to get to a planet of bliss called Midian. His attempts at gaining acceptable go wrong when he is bitten by a cannibal, and the Police of Earth find Midian and set out to destroy it. Boone must stop them. The game has several different sequences, most arcade based, trying to bring sequences from the movie to life on the computer screen. There are eight action types from driving to Midian, running from Peloquin the cannibal, or fighting 'The Mask', a serial killer whom Boone is mistaken for.