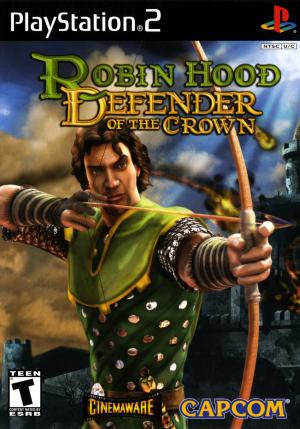 Robin Hood: Defender of the Crown

A complete remake of the classic 1986 title Defender of the Crown (not to be confused with the "Remastered" Windows version released in 2002), in Robin Hood: Defender of the Crown the player plays as the legendary folk outlaw in his quest to reclaim the throne of England after Richard Lionheart was captured in the crusades and his brother, John Lackland, usurped the throne and left him for dead in the Holy Land, attracting the ire of several knights. In a heated argument, he considered them to be traitors, causing a civil war to start. Several gameplay features were changed from the classic title such as the player being Robin Hood himself (instead of picking one of four pretenders), full 3D graphics, a plot included with the game and the goal being to be the first to reach and conquer King John's stronghold in Cornwall. To do so, the player must build an army large enough to hold enough shires, which generate money from taxes. This money can then be used to hire new troops (peasants, archers, footmen and the mighty knights and catapults) or pay King Richard's ransom, which allow to enlist loyalist knights.