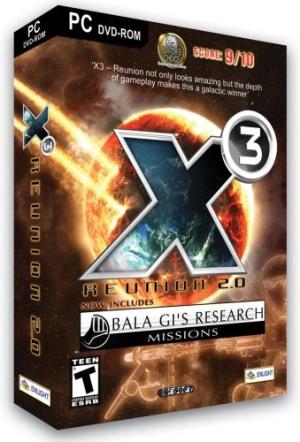 The Bala Gi EXPANSION is a campaign to unlock a unique new spacecraft and get hold of the biggest construction set in the X universe so far: The headquarters station Jump in to the cockpit of the exclusive M6 class battleship, once owned by the Pontifex Maximus Paranidia himself. This ship is lean and mean and can host two M5 ships New M3+ class of ships. During the game you can distribute the blueprints for this new masterpiece in ship construction to the various shipyards Exotic space ships, revised battle tactics and exciting missions for all difficulty levels. The award winning X3 engine has been further enhanced creating an absolutely stunning universe